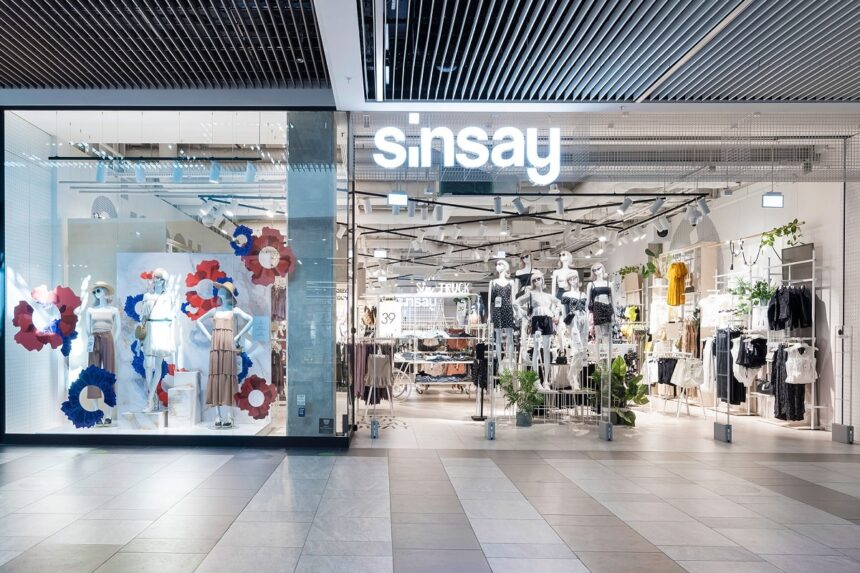 LPP’s brands recorded an increase in e-commerce turnover by as much as 54% and revenue from this channel of over PLN 1.2bn. The majority, 70%, of purchases were made via mobile devices.

The highest growth in online sales, almost 90%, was recorded in the European market, and was driven by Sinsay. Sinsay’s total revenues exceeded PLN 1.6bn, of which around 40% originated from the online channel.

Expanding its network of traditional stores, the brand gained more than 50 new locations and increased its retail floorspace by more than 15% compared to the first quarter of this year.

Even more, after online expansion abroad in Greece, Spain and Italy, the brand achieved revenues of approximately PLN 23m, which is similar to the total performance of the Reserved pan-European e-store.

Plans for 2023 include the debut of Reserved in Milan and expansion of the brand in London, opening stores in three shopping malls. In UK, Reserved is already present on Oxford St. 252-258.

Even after the company’s withdrawal from the Russian market and restricted operation of the business in Ukraine, where 96 of LPP’s 159 brand stores are currently operational, sales revenue in the period from May to July exceeded PLN 4.3bn.

Revenues from abroad were higher than from Poland and, in the period from May to July, they accounted for as much as 57% of total revenues. The best results were achieved in Romania (PLN 349m), Czechia (PLN 284m) and Germany (PLN 200m).